I learned that last May, Governor Wolf appointed a task force to assess our state’s pipelines.  This Pennsylvania Infrastructure Task Force (PITF) met between July & January, and recently published a state of our state’s gas pipelines, found here.

John Quigley, who heads Pennsylvania’s Department of Environmental Protection, and also chair of the PITF, was the featured speaker. He began by asking “How to get their [gas industry’s] product to market?”  He raved about the exemplary transparency of the PITF despite video footage of PITF meetings telling a different story. Mr Quigley himself acknowledged that there are “persistent & vocal comments about climate and build out of fossil fuels”. Though talking about public safety being  paramount, and the need to protect water sources & streams so they’re not degraded by development, he spoke of streamlining the pipeline permitting process. The term forked tongue came to mind.

When asked about his vision 5 years out, Mr Quigley had dreams of electronic permitting, with pipelines along turnpike corridors despite a lot of angst in communities across the state. He described the current mood akin to the wild west.  The permitting bares this out as a sampling of 2600 applications submitted by the fracking industry showed that most were incorrectly filled out.

At the panel on Environmental & Safety Issues were Keith Coyle, Michael Gross & Michael Helbing, all attorneys who were on the PITF.

Safety Admin). He mentioned that oil & gas exploration are driving environmental agenda for PA; that we’re unaware what the industry has in store for us.

Energy Regulatory Commission) defined infrastructure, including LNG; that the State could adopt more stringent standards. In Pennsylvania, it would be through the PUC (Public Utility Commission). But later, Mr 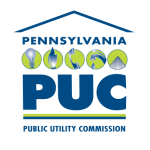 Coyle mentioned that the PUC can’t be more stringent than PHMSA. This confusion between federal, state & local regulations was repeated by other speakers.

We learned that that not all pipelines are the same. That there are

Michael Gross spoke of the 20 to 30,000 miles of pipelines headed to energy hub in Philadelphia. He’s a member of the environmental protection working group, representing pipeline interests.

Michael Helbing of PennFuture was possibly the only one who referenced climate change and fossil fuel buildout; the need to focus, to avoid risk, to look at overall scope of damage of project, the cumulative impact, especially the wetland encroachment permit, that we need to simply enforce law. I sense he would agree that various stages of extraction are kept separate so overall damage isn’t visible.

The next panel, on Local Government Issues, had attorneys Mark Freed & Michelle O’Brien.

Mark Freed suggested the need for municipalities sit with DEP while industry in application process. He mentioned the need for pipeline mapping, but like others before him, reminded us that this was proprietary & threat to national security. In reference to gathering lines, lines from well head to long distance transmission pipelines, he said “we just don’t know where they are”.

Michelle O’Brien represents land owners in Scranton, was on the local government working group, with clients who are dairy famers, hunters, family farms. Ms O’Brien supports responsible gas development, thinks closing the industry is not the smartest, that fracking opponents & environmentalists are the loudest, that her clients feel they have NO leverage, especially when it comes to pipelines and issue of eminent domain. She stated that her clients are very very upset, seeing the gas industry making millions, many would prefer NO pipeline.

For regulating the gas industry, she reminds us that we’re not alone, nor the first. That we should go to to Oklahoma, Texas, or Louisiana – places with pipelines, even New York where they’re banned fracking, and ask the community how they dealt with some of the regulations.

One of the discussions led to water quality and a statement that there are many instances of  digging into pipelines; of leaking pipelines; that if built right, there should be no issues.

We didn’t get to hear or meet Marie Therese Domingues, Administrator of PHMSA. Her staffer Adam Philips mentioned that PHMSA is more concerned with safety than siting; that their mission was the safe transportation of energy. We learned that PHMSA headquarters are in Oklahoma City. Perhaps the earthquakes there will awaken them to the realities of fossil fuel extraction & transport.

This entire lecture was recorded, and can be found here.